Pride can be the ending of relationships, it can be a failed grade, but it can also be the hunger of many cuban people. Everybody in Cuba is guaranteed rations, a bread a day, five eggs per person, 5 pounds of rice etc. for each family member. There are many people who are thankful for the free food but there are those who are too prideful to take hands outs, I have witnessed that in my own home. I remember begging my dad to apply for food stamps because I was always hungry, but he would never listen to me, I wonder if the kids in the community feel the same way about their parents decisions. 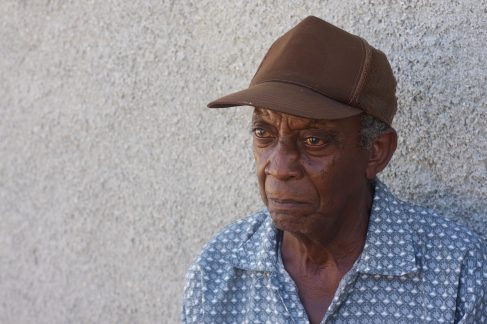 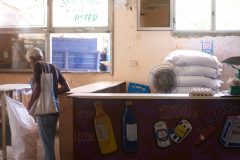 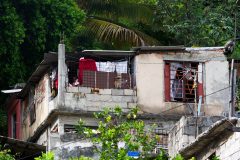 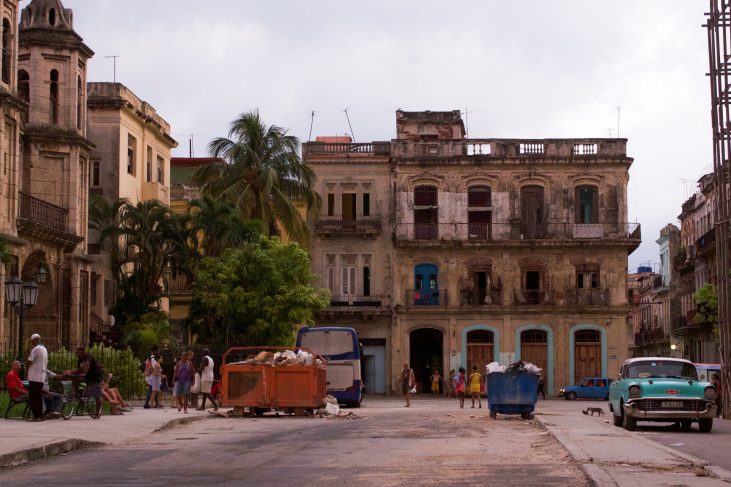 Blog 3: Walk through the Mud not around it.
My tour guide decided to take me to an area that had a bit more “poverty” or more poor houses today also known as “the projects,” the first thing I noticed was the graffiti again. Very similar to back home, I admired the kids from the block playing together, thats what I used to do during the summer. They all looked so innocent and happy laughing amongst each other and having no worries even though they were all on the side walk not even a playground or a toy around.

A lot of the apartments looked the same but the interesting fact is there was gaps between poor and not so poor houses. Usually neighborhoods are separated rich from the poor and middle class etc, but here its as if almost everyone is the same. To go further into the projects, I had to walk down these stairs to a neighborhood called “Mud” you could only imagine why. I was told not to look anybody directly in the eye, but growing up that was nothing new it’s almost like a common courtesy. However, you could immediately notice a bigger difference when you realized someone was actually living in a hut built of metals and wood more commonly described as a shack.

As I walked through the allies and so forth I looked like an outcast but I definitely didn’t feel like one. I knew what people were thinking when they stared at me with my camera (I was not using it) Why is this person here? What is she doing? She better not take a picture. Is she the police? etc. I would have thought the same if someone I didn’t know was strolling through my home and believe me I have before. I guess its true in order to understand the struggle you have to have lived it, or experienced it at one point in your life. Even though I am in another country in a bad neighborhood I still feel at ease, it is something the average person will never truly grasp, predominately because they cant relate.

Blog 4: Beauty is in the eye of the Beholder
Nobody really talks abut the black market, but for some reason it seems everyone uses it, maybe it is a pride thing. Whats important is that the black market helps the people living in poverty strive for a better community. The money it brings in provides resources for families to renovate their homes and even beautify the streets they live on which is often unpaved.

As I walked through the rough community, there were may people congregating small and big groups all looking at us but once our translator started talking they felt more comfortable with our presence because they were cuban. I wanted to interview people that weren’t exactly aware of what I was doing. The man I interviewed stated that we were the first tourists he’d seen in this community, thats exactly what I wanted to hear. I wanted to see the part of Cuba that people don’t want to look at because it’s not appealing to their eyes. Maybe people just want to forget that poverty doesn’t exist just like in the states. However, I find it beautiful, it’s not about the outside, its about the community within the community how neighbors treat each other like family, the inside.

To my surprise people don’t want to leave they have this negative stereotype about the states, plus they like their relationships, equality and freedom that they value so much. I think my favorite part about this shoot was meeting this baby, his eyes just stared at me in amazement and was very playful. This baby doesn’t even know the circumstance he’s is but he’s happy with the people around him.