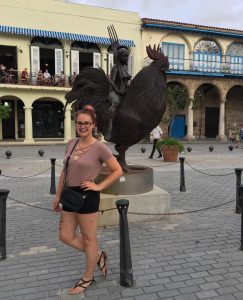 Kali Persall holds a Bachelor of Arts degree in Communication, with an emphasis on Media Production, from Cal State East Bay. An aspiring journalist, she works as the Managing Editor for the Pioneer Newspaper at CSUEB and has produced more than 150 stories under a variety of beats.

She discovered her interest in journalism through a high school senior project, when she interviewed a World War II veteran about his two dozen tattoos that told the story of his capture and seven ensuing escape attempts. Since then Kali has nurtured a passion for writing stories about interesting people.

She currently specializes in writing about women’s rights  and “feminist” topics. During a two-week study abroad trip in Cuba, she chose to focus her project on the paradox of the women’s movement in that country.