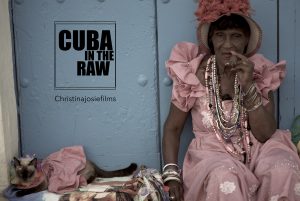 Synopsis
Tourism for Cuba is as much a problem as it is a solution.  Most Cubans have welcomed tourism because of the ample benefits it’s had on the local economy, and more so now that relations with the U.S. have warmed.  With its advantages however follow a range of disadvantages from food shortages, to loss of human capital due to advantageous earnings in the hospitality sector.  Despite the negative effects, the continued presence of the embargo has ruled out most other options for the Cuban people.

With aspirations to grasp Cuba beyond its classic cars, cheap rum, cigars, and beaches,  the film captures the raw essence of Havana through an anthropological lens.  Cuba In The Raw is filmed without any directional control, or voice-over narration for the intent to objectively reveal the island’s sentiment amid the presence of tourists.

Cuba in the Raw is primarily characterized by its verite style cinematography. The impact of the camera as the observer on the observed is kept to a minimum to preserve ground within reality.  Cuba in the Raw captures authentic Cuban personality through natural action and dialogue in an attempt to discover a cinematic truth of the mystical island.