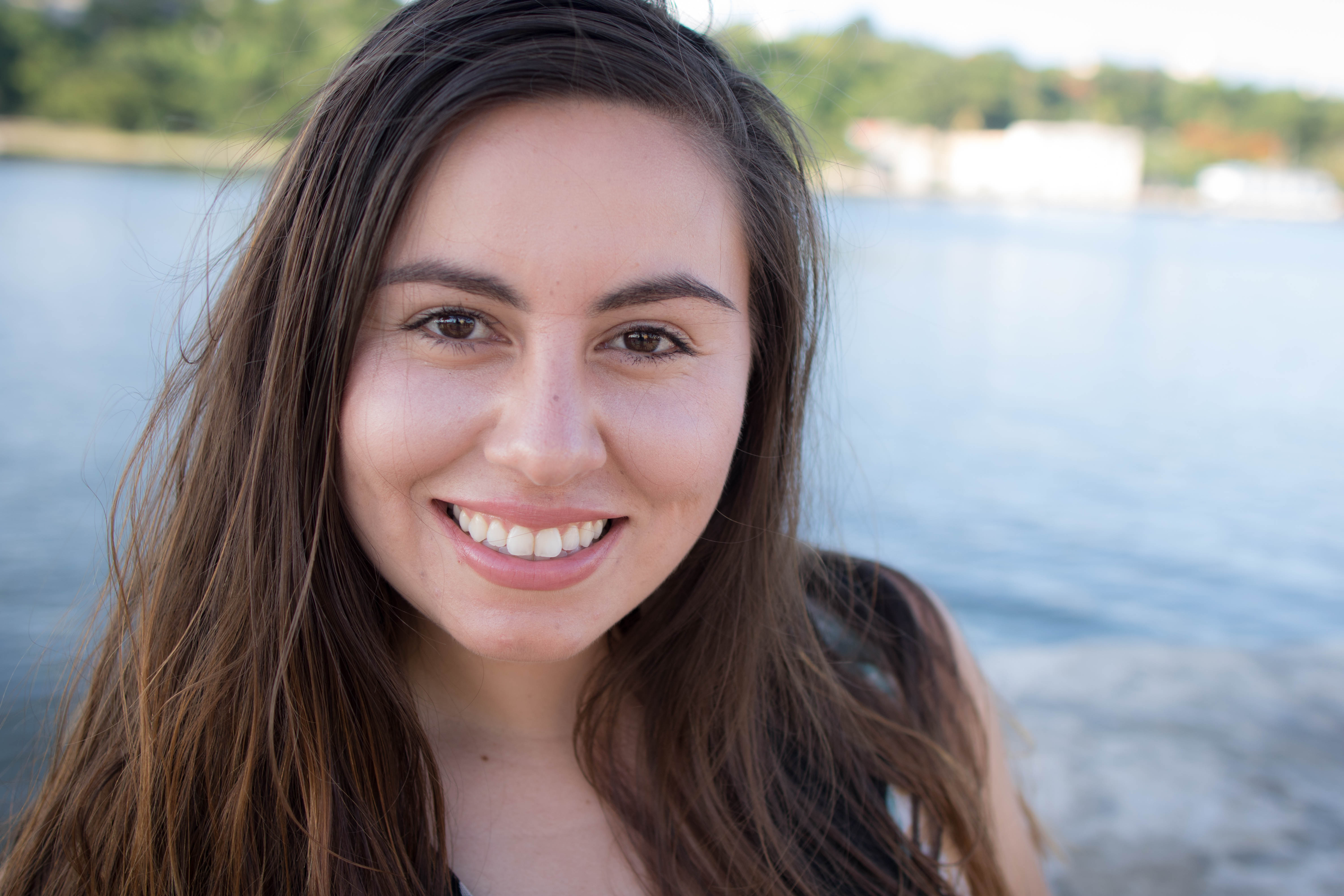 Juana Judith Davila is currently on the path to obtain her degree from California State University East Bay. She is majoring in Communications with an emphasis on Media Production as well as minoring in Political Science. Her goal is to one-day work in the entertainment industry as an on screen talent/ writer/director. Her tenacious and open-minded personality has helped her gain experience throughout various work areas. From retail to working with children, Juana hopes to use the skills obtained in other fields to her advantage while behind the camera. She is excited to continue growing as a  student and professional and hopes others will find joy in her work.

A Glimpse into Havana, Cuba 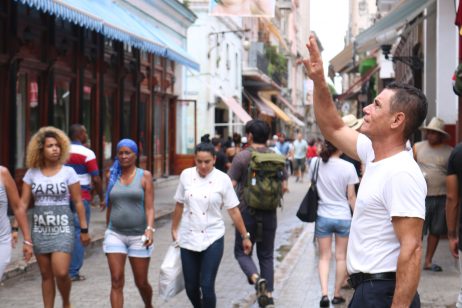 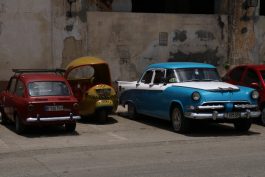 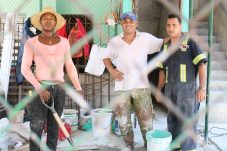 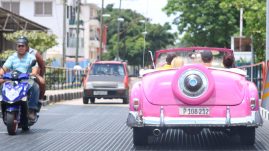 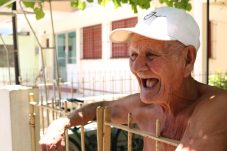 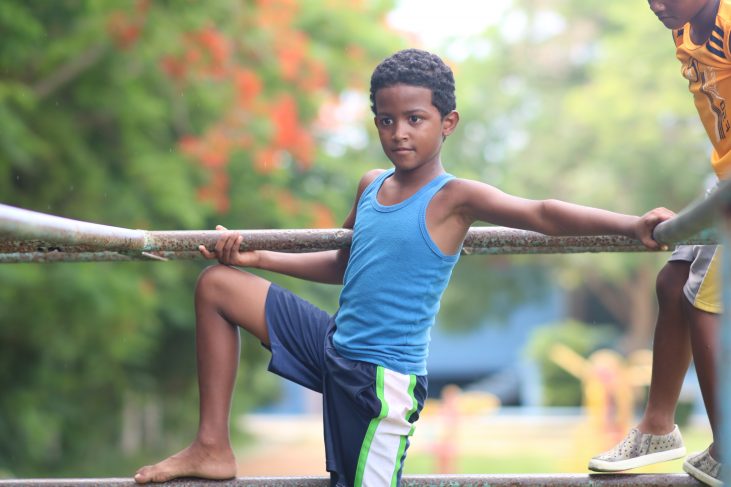 The moment I arrived to Cuba I knew that I wanted to focus on sports, specifically soccer. Luckily for me, there was a stadium right across the street from our hotel. While from afar it was noticeable that the seating area was full of graffiti and the goal posts were missing nets, it looked like a functional playing area. In fact, there was a group of teenage boys playing in the field the night before. However, what looked like a beat-down, yet cool building to a foreigner like me is actually a landmark to Havana citizens.

As a I approached the stands I was surprised that there wasn’t any formal entrance to go up the steps. I was determined to go up the stadium so I looked for rocks to stack on top of each other. When I finally found those rocks, I encountered another dilemma: part of the stadium was missing an actual seating area. If I would’ve jumped over I would’ve landed into a hole full of dirty water and probably would’ve hurt myself. Luckily I was able to find another way up, much safer, and got to see the grassy area as well as enjoy a nice ocean view.

The more I explored the place, the more I learned about it and by the end of the day I ended up loving it and everything about it, graffiti and all.

Built in 1840, the Havana recreational center has been offering its citizens an area to get physically active. The area has a soccer stadium, basketball, tennis court, three pools, a volleyball court and offers various classes all within the same facility.

The director of the facility was kind enough to let me and some of my classmates explore the area. The director also emphasized that the institution is the only one in Havana that offers separate sports areas for free! You could start your day playing tennis and end it with some boxing classes or out in the field without having to drive to a different location. Not only can you enjoy the facility at no cost, but anyone is welcomed in. Any facility of this sort would cost over a hundred dollars per month in the United States yet Cuba offers it for free and you don’t need a membership to enter.

The reason the soccer stadium looks the way it does is because it’s being demolished in August as it’s scheduled to get renovated. While the pool area was off limits due to construction it was great to see how functional the place is for the people of Havana. The last time the recreational center got renovated was in 1987 in preparation for the 1991 Pan American Games.

Cuba’s educational system is similar to the United States in the sense that there’s kindergarten, pre-k, primary, middle and high school levels, as well as college. It’s a lot different in the sense that people here aren’t drowning in student loans. When I heard that there was a university dedicated to the physical culture of Cuba I knew I wanted to go. My imagination went wild as to what this school would look like.

Located in what is known as Ciudad Deportiva, the Universidad de Ciencias de la Cultural Fisica y el Deporte “Manuel Fajardo” is the place to be if you are interested in anything related to physical sciences and sports.

I expected the university to look a lot different than it actually did. I knew that it was going to look different compared to the universities in the United States but I didn’t expect it to be the way it was.

It was a somewhat run-down building; there was construction going on so I had to be careful when going up the steps. Some areas of the school weren’t lit so it was very dark.  I was surprised that every classroom I got to see had either a fan or air conditioning running. I expected it to look more like a gym than an actual school but it didn’t.

The staff at the school were very friendly and open to having a conversation. From the people at the front gate to the two professors I talked to.

I explain to Beatriz Bravo, a professor at UCCFD, what my project was about and she was ready to enroll me into a crash course about soccer. I kindly had to deny the offer but we did exchange contact information and she gave me some advice on how to approach the local soccer boys.

The whole atmosphere at the university was completely different than how it is back at California State University East Bay; I didn’t see anyone rushing down the halls. A group of guys walked out of class together and continued to have a conversation, they were actually socializing! When class ends I usually just wave bye to the people next to me and walk as fast as possible to my car, I never stay and have an actual conversation.

Being that it’s a university dedicated to the cultural fitness, the school has a soccer field, gym, track lanes, pools, and rooms dedicated to different sports; I noticed a boxing gym but it was closed so I couldn’t enter. The baseball field was actually across the street which I thought was interesting.

My overall experience at the Universidad de Ciencias de la Cultural Fisica y el Deporte “Manuel Fajardo” was very interesting in the sense that it was the complete opposite of what I imagined it to be.  It didn’t look like CSUEB nor did it look a luxurious gym, it looked like a school where people go to learn and engage in something they love and I think that’s what makes the university so special to the Cuban people.

Please visit:
This is Cuba: This is Their Fútbol