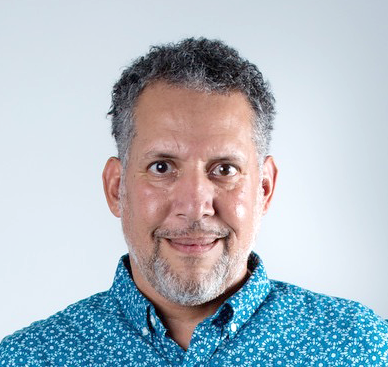 Lonny J Avi Brooks is an Associate professor of Strategic Communication in the Communication Department at California State University, East Bay, which is, in turn, part of the newly formed School of Arts & Media. He is the Co-Principal Investigator for the Long Term and Futures Thinking in Education Project and has piloted the integration of long term and futures thinking into his Communication courses for the last three years. His current manuscript is Working in the Future Tense@Futureland: Circulating Futuretypes of Work, Culture and Ethnic Identity. (in review). His research of long term thinking is part of a larger study of how organizations (especially forecasting think tanks), interaction designers, and college youth envision the future of media and information technologies. His recent work co-authored with Reynaldo Anderson, “Student Visions of Multiple Urban futures 2050”, was just published as a chapter in Envisioning futures for environmental and sustainability education (2017). Lonny is the co-organizer of the Black Speculative Arts Movement Oakland symposium/film festival celebrating and exploring the Black Imagination at Cal State University East Bay in Spring 2017. Now he is producer and co-creator with Ahmed Best of the podcast Afrofuturism—Democratizing the Future!

This research brings together his interests in the social and cultural impacts of new media and the distribution of societal stories we invent to forward, mitigate, or restrain technological and scientific invention. He looks at futurist think tanks worldwide to investigate the metaphors employed in future scenarios of computing as they interact with historical, sociocultural memories, and present-day realities.  As part of his research on emergent trends in social computing and user experience research, he investigates how long term thinking can be implemented in higher education. Professor Brooks is a member of the research group Game Jam project to investigate gaming as a platform for understanding how gaming can provide students with immersive experiences in learning about media theory and practice.

Professor Brooks received his PhD in Communication at UC San Diego and an MA in Library and Information Science at UCLA. He is Past Chair of the Communication And The Future (CATF) division of the National Communication Association. His recent chapter “Playing a Minority Forecaster “In Search of Afrofuturism: Where am I in in this future Stewart Brand?” is now published in the anthology Afrofuturism 2.0: The Rise of Astro-Blackness (2015). He and his colleague Aram Sinnreich, co-edited “Imagining Futuretypes”, with their colleagues as a Special Forum for the Journal of International Communication, University of Southern California, Annenberg Press. (November 2016). In January, he presented “Expanding Imagined Affordance with Futuretypes: Challenging Algorithmic Power with Collective 2040 Imagination” published in the Conference Proceedings, Studying Social Media and Digital Infrastructures: a workshop-within-a-conference part of the 50th Hawaii International Conference on System Sciences (HICSS-50) Jan 4-7, 2017.  Currently, he and Ian Pollock are co-authoring “Minority Reports from 2054: Challenging Algorithmic Power with Alt.Afrofutures—Building Collective Forecasting Imaginaries via Afrofuturetypes and Game Jamming” for the “Black Lives, Black Politics, Black Futures” special issue of TOPIA: Canadian Journal of Cultural Studies.

Interview with Prof. Brooks on the Black Panther and Afrofuturism on ABC KGO TV
February 15, 2018