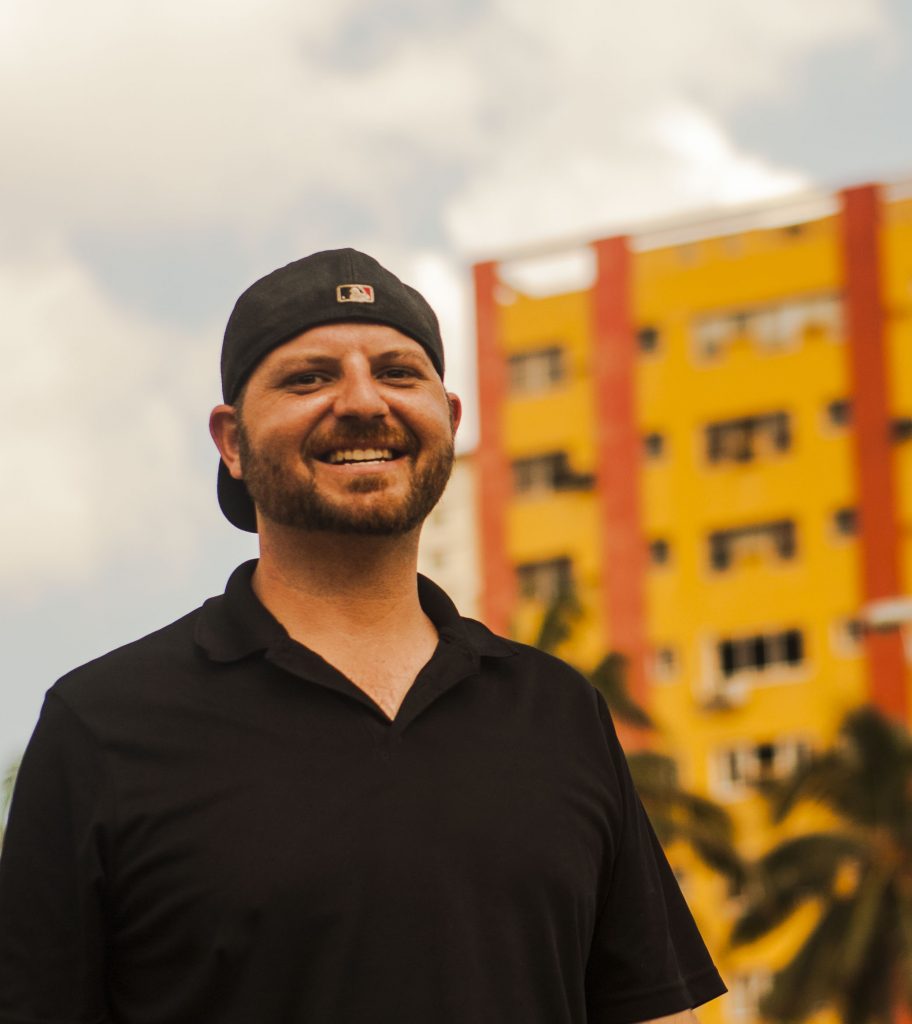 Mitchell Scorza  majored in communications here at the great California State University of East bay.  Ambitious and bright, Mitch has a passion to pursue a career in radio production and all that entails. From on air to behind the scenes, he loves radio as a means to broadcast the pulse of the world.  He also has a vast interest in making films. With his warm persona, it does not take long to know that his main purpose is to share a positive yet electric piece of life with others. Mitchell remains focused on fulfilling his dreams in the radio industry, but he is steadfast remaining humble and grateful for the opportunities that his path will lead to 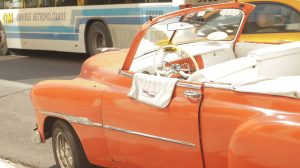 Purpose for my trip to Cuba:

Along with a few other enthusiasts of baseball, we were curious to go into the depths of what baseball in Cuba was like and how much interest the Cubans have for the sport that fell in love with as a kid.

We ran a guerrilla style film crew with three cameras. With those cameras steady at aim we  captured the hearts of people that were beguiled by a simple game.

We interviewed various people, from American high schoolers on a traveling team to little leaguers and even professional level ball players. What they all share was that every one of them could not be more in love with this game. The problem was, Cubans limit their players to the confines of the island. The Cuban baseball program is riddled with exceptional talent, yet they are not allowed to make it to the Major Leagues legally.

Holding conversations about the fairness of defectors being allowed to come home to Cuba once they leave. You see the Cubans cannot come back for 8 years once they defect. The Americans on the hand, can come and go to Cuba provided they have a simple visa . This is the pinnacle of unbalanced diplomacy. The Cuban baseball talent is merely being wasted because of the harsh policies implemented by both governments.

Progress in this area is looking up, the horizon of change is near; however, it will have to be after both administrations, Cuban and American alike, experience a regime change. Only time will tell and with all hopes we can resurrect our relationship between countries.  The future of baseball relies on this reunion of governments.

We arrived in Cuba not knowing our general theme as a crew. After deliberating and coming to an overall consensus, it hit us…Smack dab in the forehead, that defecting was going to be our theme. We wanted to show that life is difficult for the most glorified people on the island, their baseball players. We as a crew were unaware that defectors needed to choose between fame and fortune, or friends and family.

These defectors escape throughout routes via other countries, and hold out for 8 years so the Cuban government will take these players off of their radar of prosecution.   This was an alarming development, to be without family or friends in a foreign country without the ability to return. This is harsh punishment, yet a handsome reward if, and only if these players get a long term multi-million dollar contract.

These contracts are not given out to anybody, they are given to the elite.

The Americans, and every other nationality can freely travel too and from their home countries or countries that they choose too, the Cuban players are merely left out and envious of all other freely moving athletes.  On a fundamental level these practices are not just for baseball players, but for everyone. the government is cruel in their doling out allowances for trade and travel especially with the United States, but the United States is to blame heavily as well.

Our eyes were opened to the fact that the people on the streets were so incredibly happy for their players to succeed and represent their country well, but on the other hand: Cuban citizens are saddened by the reckless abandonment that baseball players are shown in regards to their opportunities.

Things are changing, but it will not be overnight and it will need to align both governments to fall in step with each other if Cuban baseball talent is to be treated with regard, respect, and to maintain longevity.

Here is a look at our project:

iAy que rico y sabor!… Allow me to explain; In Latin American countries, this is a compliment mostly aimed at the food or “La comida”. In Cuba, the food has a bounty of flavor, but the phrase is not meant to describe only the food. This phrase, is meant to show-case a lifestyle. It is a highlight or more poignantly this phrase is a way of life in “El Caribe”.

The air, the ocean, the food, and the drinkable water is latent with sodium and or salt. Salt in many kitchens is considered the easiest and most bountiful flavor enhancer for any meal around the world. If ever, one might have a chance to come to Cuba, do not hesitate. make it happen and come to Cuba! The first thing I will tell you is that everything in Cuba has a venerable cornucopia of flavor, generally geared in the direction of use of salt. Unexpectedly, even the water (bottled) that is sold here in Cuba has a surprising amount of sodium.

it may go unnoticed, but salt in this part of the world is more than abundant and overflowing. It is expected as it greets the locals and tourists alike. Upon noticing, it is found with a flavorful embrace, with welcoming arms as if it was a jovial relative that happened to stop by. Even when least expected the salt is there.

The foundation of salt can even be found within the Cuban spirit. Not to say that the Cuban people are abrasive or sharp tongued or salty in relative terms. It is actually on the contrary, the Cuban spirit is resilient and keeps going, it is always there. This is not about the flavor of the edible things of the Caribbean This has to do with the relentless souls, the tireless people that combine together that create a machine of an economy. The people of Cuba along with their food, also have more flare and flavor being embedded in the Caribbean, than any dish they have here. 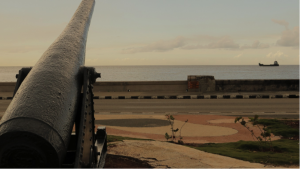 Some would even consider those hard working and diligent people of Cuba (with a steadfast and truest form of loyalty) to be salt of the Earth and seasoned people. Speaking on their souls, love for life ability to adapt.   iAy que rico y sabor! There will not be truer words found on this island. These people are fantastically warm and genuinely are indeed the real salt of the earth.