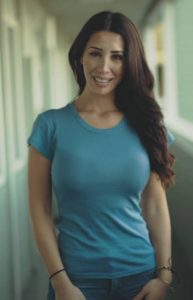 It was while she was at Cal State East Bay that Christina grew passionate for humanitarian filmmaking.  Her experience as a communications major focused in media production has allowed her a greater understanding of the social issues facing the nation, and how they’re addressed by the media.  Having additionally studied abroad both in London and Cuba , she fell deeply impacted by the global issues at hand, and has further become an aspirant to shed light on international affairs through documentary filmmaking and visual storytelling.

In combination with her artistic abilities and keen eye, Christina has found her niche as a freelance filmmaker in the nonprofit sector where she has produced issue awareness ads.  She is currently working on a docu-series film project with life-sentenced inmates inside San Quentin Prison and furthermore aspires to expand her outreach over time.  She is a graduate of the 2017 Cal State East Bay class. 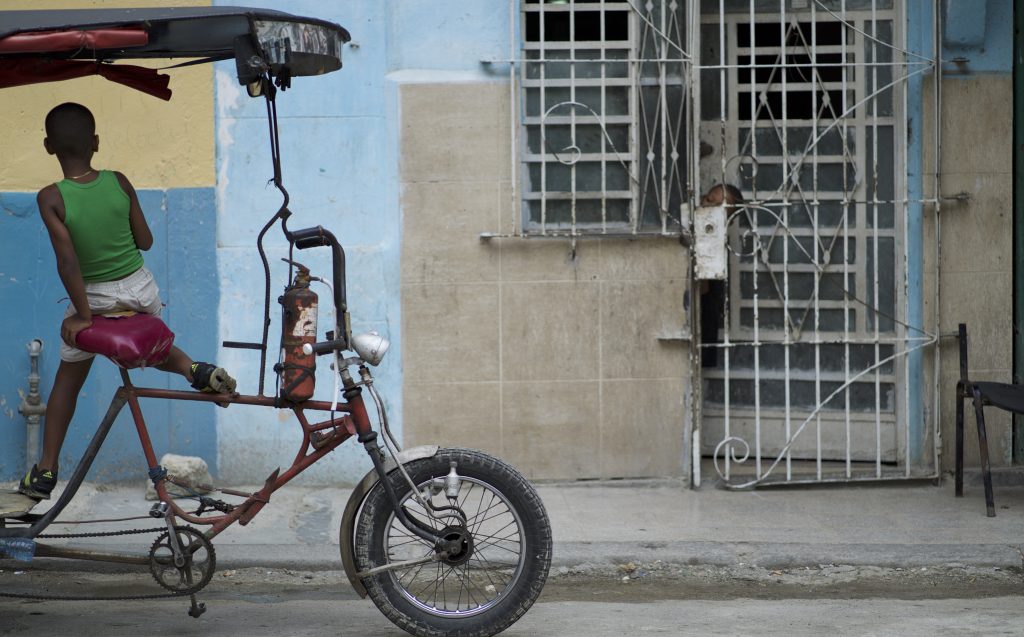 CUBA IN THE RAW

If you know anyone who’s been to Cuba, you’ve likely seen images of old cars, cigars, crumbling colonial manors, and a culture of socially, hospitable people.  Cuba is visually portrayed as nothing more than a tropical time machine, a destination spot where travelers go to experience mystical changelessness.  In an attempt to rediscover the Cuban culture beyond such pretenses, Cuba In The Raw approaches the island from an alternate angle.  The film investigates the nature of happiness by observing the passersby in the streets and is stylistically filmed to elude the native people in unmanipulated reality.

I learned while reviewing my footage after spending a day of filming the locals in the outskirts of Old Havana that the content I had compiled was powerful as it stood, without supplemental tampering.  The stories of Cuba proved to be etched and inscribed within the discourse of the communities; from its natural sounds to the casual dialogue of the passerby.

To express truthfully the island in its entirety, I concluded that the most suitable method was to strip away the accumulated conventions and free the Cuban people from any pretext or agency through cinema verite.  My aspiration was to capture the sight and sound of Cuban life in an unobtrusive and impartial manner where no one is told what to say or how to act. Cuba In The Raw is a portrait of life on the island as it presented itself to me. The impact of myself as the observer on the observed was kept to a minimum.

The theme is connected to society at large and can encompasses multiple layers of meaning.  Given the circumstances of the Cuban economy however, the island’s tourism plays as a major subtext in the film which essentially can contaminate the result of the overall observation.

The cinematography plays a crucial role in understanding the film’s depiction of reality. To intuitively understand the concept of the film, and to reel in the audience into a kind of reality, there is a distinct style of camera work.   Since there isn’t a single main character, movement is a critical tool lended to understanding the film’s narrative as time elapses.  The camera always moves with a subject.  It trails behind, practically stalking their every move and understanding of the world. The camera is rarely static as it is the primary telling source of the narrative.

Post Cuba
If there’s one impression I take with me from Cuba, it’s that “2+2=5 ?”. This bizarre numerical combination, followed by a question mark, turned up on practically every street corner of Havana, and ironically had no profound significance to me prior to returning home.  The Orwellian equation, if ever you visit Havana, is as hard to miss as much as it is hard to forget.  The mystical equation wound up returning countlessly in my memories of the island,  and each time with more relevance.   What exactly does this mean, how does it play out in daily life, and what is the impact on people who live there?  It was only after shifting my point of view and literally leaving the country that I was able to see more clearly what my journey and this equation meant.

George Orwell in the novel 1984 uses the phrase “2 + 2 =5”, to debate if the State were to declare this equation a fact and everybody were to believe it, would that make it true? Though the equation was tagged in abundance, written in sharpie in small little nooks and crannies, to being tagged on the side of alley ways and buildings, I refrained from asking almost to the end of my two week stay.  Due to the nature of how saturated this ‘tag’ was however, it was inevitable that sooner or later i’d have a face up with it.   By design, it end up being that my tattoo artist had it inked on his arm, so naturally someone in our group asked.   His answer, though quite broad, was this: “everything we see is a perspective, not a truth.  Our particular understanding of reality is according to perception”.  Of course, I understood the overall concept but why was it reinforced so strongly by the Cuban people? And why the question mark at the end?

Oddly enough, this fell right in line with what my translators had been repeatedly trying to convey to me the entire two weeks that I spent trying to understand the Cuban mentality.  In the words of Leonel, “Well, it’s complicated…”, when I would ask his opinion on an issue, or his world views.  Why was he not speaking?  Did he genuinely live in fear? It was Mario’s answer however that guided me further into debunking the story of Cuba.  “Cubans are like Dolphins.  Dolphins have water to the neck but are always smiling”, he would say.   “It may look like we are drowning, but just like dolphins, we are not.  We are genuinely happy, just like dolphins”.

So what does this all mean?  From what I gathered, just because the Cuban ‘normal’ doesn’t align with U.S. ‘normalization’, doesn’t make their way of living unjust, wrong or corrupt.   Freedom to them isn’t calculated by populist ideals, or by how much more free you are than your neighboring country.  The term freedom in Cuba is more of a state of mind than it is an ideology as I’ve gathered during my time filming on the island.  A line from a poem written by Cuban influential, José Martí reads, “our wine is bitter but it is our wine.” My interpretation of both this verse, and the equation is that the people of Cuba are a tight knit community who stick together and make do with what they have. They count their blessings together and look within for fulfillment.   This sort of inner prosperity and self pride is vibrant and authentic, it resonates throughout their culture and island as a whole, and extends onto the visitors.   It’s what’s survived them through the years .

Intuitively before having visited the country, I knew there was some sort of a disconnect between what we hear about the country in the media.  Now that i’ve experienced the island for myself, I can attest that there’s a bit more to Cuba than what we thought we knew.  It may even be of value to us to learn the culture. Experiencing this communal pride and simplistic way of living I think is what cultivates a sort of nostalgia for visitors.   Has our frame of mind as ‘free people’ gotten misconstrued over the years?  Has our perception of freedom become fabricated into an illusion of wants and needs in which the present moment is no longer felt?

Reflecting on our country’s tendencies after having visited another with a much different ideology, it’s easier to see that as a nation we pre-conceptualize and presuppose other ideologies should their practicalities not align with ours. It was in appreciating Cuba’s simplicity that I was personally inspired to film Cuba in the raw, and it was in solving this equation that I began to uncover the story that is Cuba.  A story we can all find value in as humans.

Please visit:
CUBA IN THE RAW