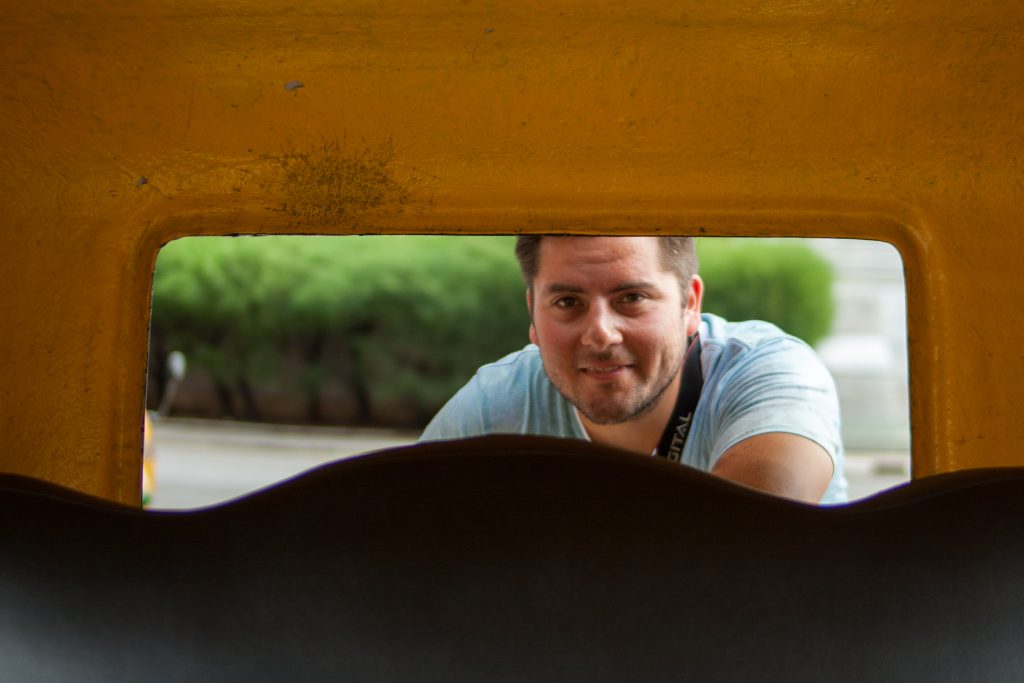 Daniel is a Junior at CSU East Bay pursuing his Bachelor’s of Arts degree in Liberal Studies and a Minor in Mathematics.  With teaching in mind, he currently works with elementary-age students through Play-Well TEKnologies as an instructor teaching STEM concepts through the use of LEGOS.

His interest in the Visions of Cuba program was personal. Being of Cuban descent, he was able to visit the difficult past of his grandparents in a small rural town named Caibarién in Villa Clara, Cuba. 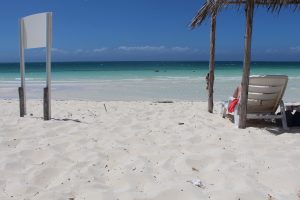 Cayo Pueblo Las Terrazas: The only beach in the keys that local Cubans are allowed on. The rest are reserved for tourists only. 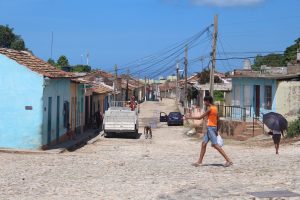 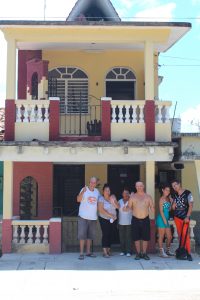 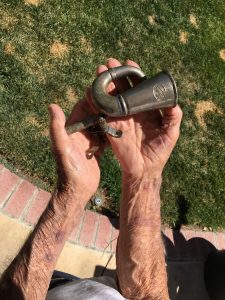 My grandfather, Juan Francisco Luna, holds his treasured bike horn 55 years after parting with it.

A blog about Havana:

My friend once received a stack of posters from an uncle and as we sifted through them, one caught my eye. It was of a two-storied home with a bright red facade and two white windows on the second floor behind a thin balcony.  The balcony was supported by three long, red columns that contrasted the bottom, dark blue half of the building. The front door was open, but it was partly blocked by a beautiful black woman in a bright yellow dress leaned up against the center column, just a few feet in front of the open doorway. The buildings immediately to the left and right I could describe forever, but that first time I saw the poster I looked from the top to the bottom of the red building and straight to the title of the photo: “Bent Rej-Malecon, Havana.” Being of Cuban descent, I felt a little proud of the beauty in the photo.

I did not receive the poster that day, but years later–after we had lost touch for no real reason besides his moving a few cities away–by luck and circumstance we moved in together and, after stumbling upon it again one random day, the poster has been behind my desk for two years.

When I look at it now, I almost tear up thinking about what that woman, leaned up against the column, and that young boy, cross-armed and hunched on the stoop of the home next door, are looking out at.

Brightly painted 52’-58’ Chevy’s and coconut shaped motor-taxis zooming by, a man selling bread from his bicycle, lover’s holding hands swinging to the beat of the timba music playing down the street, an old man smoking a fresh cigar.  And across the street, on the Malecón, people crowded on that seawall enjoying every second they spend together with a bottle of Havana Club and a Coke in hand.  In large groups, small groups, groups of families, friends, tourists, locals, everyone celebrating life with dancing and singing and laughing. Not a single person unwelcome.

I would give anything to see that Malecón again.  There were multiple times, riding in the back of a taxi towards Old Havana, that I would look out the window and see a red house and think, “that’s it. It has to be!” But I doubt any of those were the actual Red House. And I think it’s okay that I did not find the exact same house. Now, the red house is not what intrigues me; there were numerous of similar houses to that one in Havana. I want to know what the woman was looking out at.  What was behind Bent Rej? What did the Malecón look like that day?

I feel so fortunate to be among the individuals that have experienced the Malecón in Havana.  There is so much security in having a good time there.  Everyone coming to one long wall to listen to music and dance, or sing with a man walking with his guitar, or drink and smoke, or walk and talk with their companion, it is such a unifying and freeing feeling.  And when it calms down, when most of the people have dissipated, because it is never wholly dissipated, the ocean plays its melodic tune, splashing against the rocks. In the 17 days I stayed in Havana, I accumulated many hours there, staring at those rocks.

Out there, in Cuba, freedom is a mindset. I heard this joke, or phrase, a few times by a few different Cubans while in country and it stayed with me: “The Cuban people are the only people that can laugh at their own poverty.” They are poor, but they still live happy because they rely on each other’s company for happiness. It is a trait nearly lost in our speed and technology-driven society and it is something I will never forget from this trip- true happiness is found in other people, not in material.

Please visit:
A Walk Through Caibarién in my Grandfather’s Shoes